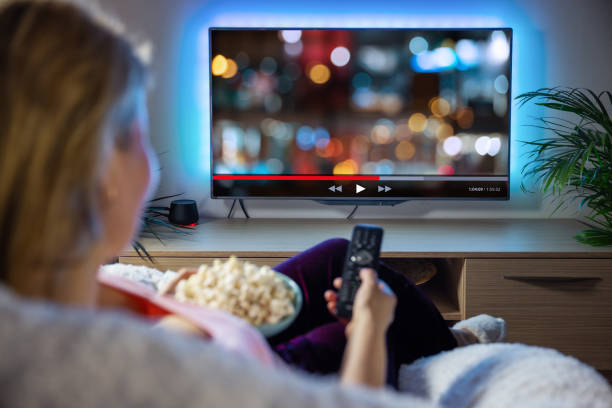 Various types of advertising shape the majority of our decisions as consumers. These advertising mediums are not limited to traditional forms of media like television, radio, print, and billboards. New mediums like the internet and mobile advertising have also become common in the digital age. With the options of so many mediums, the question arises – how do we ultimately decide which medium is the best for gaining popularity and marketing a brand?

Although newer mediums have come up, television advertising is still quite beneficial as opposed to other mediums. You can even use it in conjunction with online advertising to build a more successful marketing strategy. In this article, we will explore how you can leverage television commercials to exercise influence in the online world.

TV advertising and digital marketing are not in opposition to each other. They are merely two sides of the same coin. However, reaching out to a broader audience that is not actively searching for your product can prove to be difficult.

TV advertising services can be instrumental in making digital marketing even more simple. In order to drive a successful campaign, businesses need to realize that they can certainly accomplish more by using the two strategies together. The two strategies working together create a whole that is greater than the sum of their parts.

What is the state of television marketing today?

A marketing professional at a major company said in an interview recently that television advertising sees far greater returns than digital advertising.

Our TV advertising agency can help businesses reach out to a larger audience in a targeted manner.

Approaching our television advertising agency for your next marketing campaign can come with many benefits. Let us explore some of them.

1. Expanding the reach to a larger audience

The biggest advantage of television advertising is that it allows companies to reach out to a larger audience with a single advertisement spot. For most people, their favorite leisure activity is watching the television. An average citizen in the U.S. watches around 5 hours of television every day. So it is amply evident that television advertisements will have a greater ability to sway the viewers’ decisions. According to studies, it was found that almost 60% of the people felt that TV commercials affected their decisions, while only 40 percent of the viewers felt the same about digital ads. The audiences on the radio, on the other hand, were smaller and segmented, so the radio is not that effective either.

The medium of television has a widespread appeal among the people, which makes people more receptive to television commercials than other mediums. Well-made and creative television advertisements usually attract and captivate the TV audience.

Businesses can encourage their viewers to engage with their brand on other mediums by using additional forms of technology. It has been found that the majority of the viewers generally use an additional device like a smartphone or tablet while they are watching television. This makes TV advertising a great opportunity to drive traffic to your website. It is also more likely that the viewers will discuss the products or services with their friends or search for information related to the product.

3. Television helps in getting the attention of a more captive audience

You have the added advantage of a captive audience when advertising in the television medium. Besides this, you also do not have any additional competition. When you advertise your product through a television commercial, it will put your product in the spotlight. In comparison, the advertisements in the print medium are usually placed along with the competitors’ ads, and therefore tend to fade into background noise. On radio, too, the listeners are usually flipping through several channels. This means that the businesses would need to place advertisements on several stations to reach out to their target audience. It also increases the likelihood that they would come across the competitors’ products, thereby increasing the competition.

Although television advertisements tend to require more effort and time, they are widely considered more influential and therefore more lucrative. Most consumers tend to place their trust more easily in television advertisements, as they come with a higher level of sophistication. TV commercials use both visual and auditory stimulation and different camera angles, which gives the viewers a more realistic impression of the product. With television advertising, you can showcase your service and products and explain their uses and benefits too.

How can you use television advertising to complement internet marketing?

1. Include digital offers in your television advertisements

Most viewers tend to use additional devices like tablets or smartphones while watching television. So, television commercials can be used to encourage your viewers to follow the business’ social media account or search for the website. This can be done by including digital offers. These offers can be as simple as providing free shipping or offering the viewers discount on the first order. The digital offer you provide your viewers should give them the incentive to use their device to go to your website. However, you should make sure that your offer is easy to find on the website so that the customer can easily redeem it using their smartphone.

2. The marketing campaigns on different mediums should work together

It is important to devise a proper strategy that doesn’t pit television advertising against internet marketing. When a viewer watches the TV commercial of your product and searches for it online, the website should have the same look and feel as in the TV ad. The branding of your marketing campaigns on different mediums should be uniform so that it doesn’t leave the viewers confused. By keeping the branding consistent across all platforms, you would be able to leverage your influence on the viewers in a better way. Besides this, you should also ensure that your customers from both mediums receive the same offers and services.

3. Incorporate the advice of the industry experts

When developing your marketing strategy, it is best to listen to marketing experts who provide creative solutions for advertising in the most efficient manner. The television watching habits of your target audience can be widely different. Most businesses are not aware of some of the popular stations or when viewers watch television outside of prime time. Marketing experts from professional TV advertising companies can provide useful insights into the target audience’s habits, which can be used to develop and deploy a successful marketing strategy.

Businesses can build smart marketing campaigns and stay ahead of the crowd by using television advertising in Colorado to supplement internet marketing strategies. When you advertise your product or service on television, it allows you to expand your target audience.

Television can prove to be a great medium to showcase not only the product or service but also highlight its benefit and usage. If you want to influence the consumers’ behavior through advertising, you should try to incorporate multiple touchpoints.