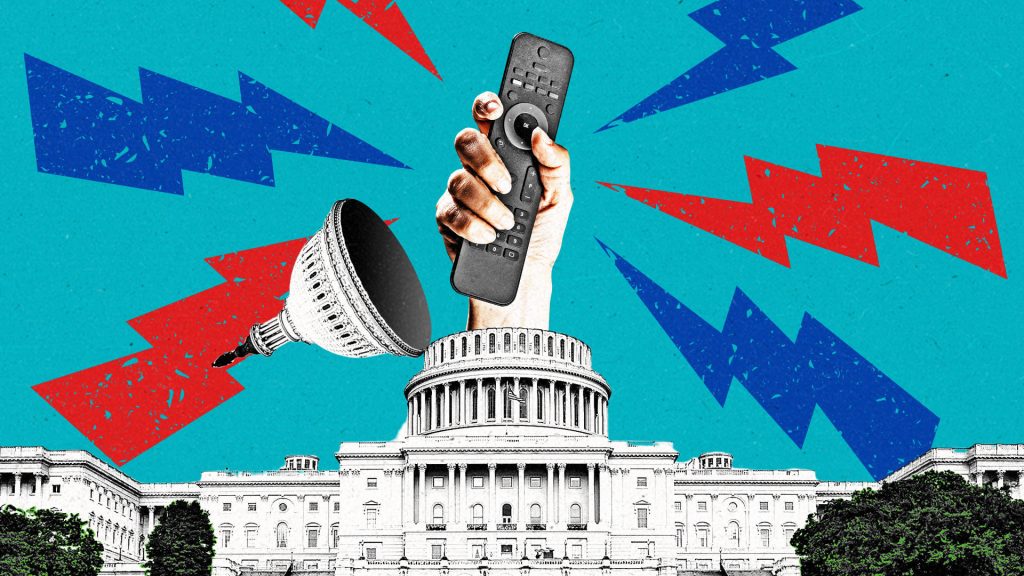 It wasn’t that long ago — the election cycle of 2016 — when the majority of political advertising was still being bought mostly on linear TV. But as audiences have migrated over to streaming platforms and the number of cord-nevers has only accelerated, connected TV has emerged as a powerhouse alternative for candidates and political parties looking to reach and target prospective voters. The 2020 presidential race displayed the power and targeting ability of CTV, which has supercharged interest and ad spend in the channel.

“For 2022, connected TV and OTT will be the hot commodity inventory-wise for political,” Erica Monteith, senior vice president of paid media at Washington D.C.-based political advertising agency GMMB, tells The Current. Among numerous other campaigns, the agency worked with the Biden administration to champion one of the largest digital political campaigns in 2020 for the Democratic party. “Every year, the budget for digital gets larger and larger and the spend becomes greater.”

Political advertising is also ahead of the curve when it comes to CTV. When looking at the average channel allocation for the top five spending categories of October 2020, the political vertical allocated nine percent more to CTV than categories like auto, health and fitness, and food and drink. At the height of the election cycle, political advertisers are allocating a third of their budget to CTV, according to The Trade Desk data.

Why so much interest? Monteith explains it’s simply how voters are spending their time, regardless of age. “It’s always been typically thought that [streaming] is something a younger audience does, but in 2020, because of COVID, we saw that viewership was across the board, all cohorts were changing their consumption patterns…And a lot of those changes have stuck. A lot of people have a lot of different streaming platforms they utilize now that they didn’t previously,” says Monteith. “We as marketers have to be ready to meet the consumers where they are.”

The ability to target audiences, receive data back for their efforts, and the capability to control ad frequency are also reasons why GMMB is bullish on CTV. Even now when GMMB runs TV buys, the agency will complement those with digital and CTV, or will utilize data from CTV efforts to help inform the agency on traditional TV buys or on other platforms, says Monteith.

Unlike many issues of the moment, interest in CTV bridges the political divide. “Going back to 2014, 2016 and even 2018, most of what was done in the television space was linear. That still has purpose today, but it wasn’t as targeted as we needed it to be,” says Mark Positano, vice president of media at data agency i360, which provides voter data to campaigns and agencies.

There are other market factors pulling political advertisers towards CTV, beyond declining linear viewership. Part of the attraction is the need to diversify away from channels that have continued to get stricter and costlier. Facebook, for instance, has long been a popular option for candidates looking to reach highly targeted audiences based on interests and behavior but in November, the social network announced it would reduce advertisers’ ability to target based on users’ interactions with content on thousands of topics, such as race or political affiliation.

Political advertisers are also seeing rising CPMs on Facebook. Positano says video CPMs are reaching the high $20s to lower $30s, moving closer to the roughly $35 to $45 CTV prices. Weighing those rates against the promise of CTV and its 95 percent (or higher) viewability completion rate, and it’s becoming harder to justify the cost.

“On Facebook, at times, you see CPMs that aren’t too far off CTV CPMs which makes [CTV] more attractive in that you’re getting a high-quality view vs. exposure where someone is just scrolling through a feed,” says Positano. “Facebook has put some restrictions on over time, and especially now we’re seeing more targeting restrictions, and there’s been more of a deemphasis on politics, so I think that’s where you see some of these costs come up.”

The early bird, well, you know

Typically, political advertising really starts ramping up from September to November to reach voters right before they head to the polls, but data shows placing the majority of spend within those three months might not be the wisest strategy. Whether political advertisers lean into CTV, other digital channels, or decide to go a more traditional route, the smartest approach is an early one. Those that start advertising earlier have been more likely to win their elections, according to The Trade Desk data. Across the top 10 winning advertisers and campaigns using The Trade Desk platform in 2020 — including presidential, senate and issue races — six (the majority) started advertising before their losing opponent.

“We do see that the earlier you start, the better you get ahead of the message, opponent, or a specific issue. Otherwise, you’re starting at a disadvantage,” says Positano, whose clients advertise throughout the year, beginning as early as late summer and early fall. “Those who tend to wait have a much bigger struggle, not only from a fundraising standpoint, but a general awareness standpoint.”